The old adage, “a photo is worth a thousand words” is certainly true.  Even if in today’s world of computerised editing and software that can manipulate images almost seamlessly makes telling truth from fiction a little more difficult and in some cases impossible. Still, photographs of historic events and things often provide a tangible link to the past and give us the opportunity to understand the sense of place, style of clothing and social importance of things past.  Who hasn’t spent hours looking over old family photographs trying to imagine what life would have been like back in the day? Here

When the early morning silence off the coast of Ballina was shattered by an explosion on the morning of 26th April 1943 it created a riddle that would not be solved till August 2013. On that bright moon light morning the T.S.M.V Limerick was torpedoed off the coast of Ballina by a Japanese submarine I-177. A refrigerated transport she was part of convoy GP.48 escorted by to Australian naval vessels HMAS Ballarat and Colac. Her crew of seventy were rescued from the water and subsequently landed at Brisbane. The Pilot station in Ballina was alerted to the event by officers from Garden

The capricious Ballina bar crossing has long been the bane of ship’s captains and navigators. In his 1997 study “Shipwreck Heritage of the Richmond River”, Mike Richards lists some eighty- eight vessels which had come to grief on the bar dating back to 1844 when the sloop Northumberland was wrecked. By a strange quirk of fate or plain bad-luck her namesake the Schooner Northumberland fell foul of the bar the following her. By a stroke of providence no lives were lost. In those early days the river crossing from the open sea was much different to present days which now see

FENWICK and the PROTECTOR

SS Protector:  - Fenwick Brothers Ballina Most famously Tom Fenwick a blunt, strong willed man. Who came to rule the river mouth at Ballina as an operator of tugboats. SS Pprotector was esigned by James Pashley – South Ballina especially for work on the bar and shallow river mouth Built in 1884 110 ft long  25ft beam  draught of 8ft Twin funnel steam driven paddle wheel tug Used the engines from the Francis Hixson Dangerous bar: The Fenwick Bros had lost  prior to:  Protector, Comet, Union, Francis Hixson,  William Langford, Sarah Fenwick Protector had been previously involved in the rescue of the steamer Chingtu for which Cpt Thomas

As a region we owe much to a well-heeled son of nobility with a penchant for sporting pursuits and in particular horse racing.   When Captain Henry Rous anchored his ship Rainbow off of the mouth of a yet unnamed river in eight fathoms of water and six leagues south of Byron Bay he had the opportunity to fulfill his ambitions to be an explorer and name yet unknown parts. Just days before, in August 1828, he had been anchored further to the north and had explored the Tweed River, which he had mistakenly thought to be the Clarence. He had narrowly missed

Preserving the Naval and Maritime History of Ballina NSW 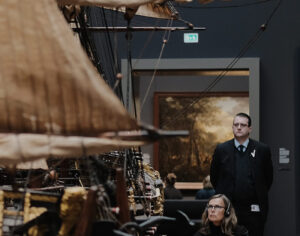