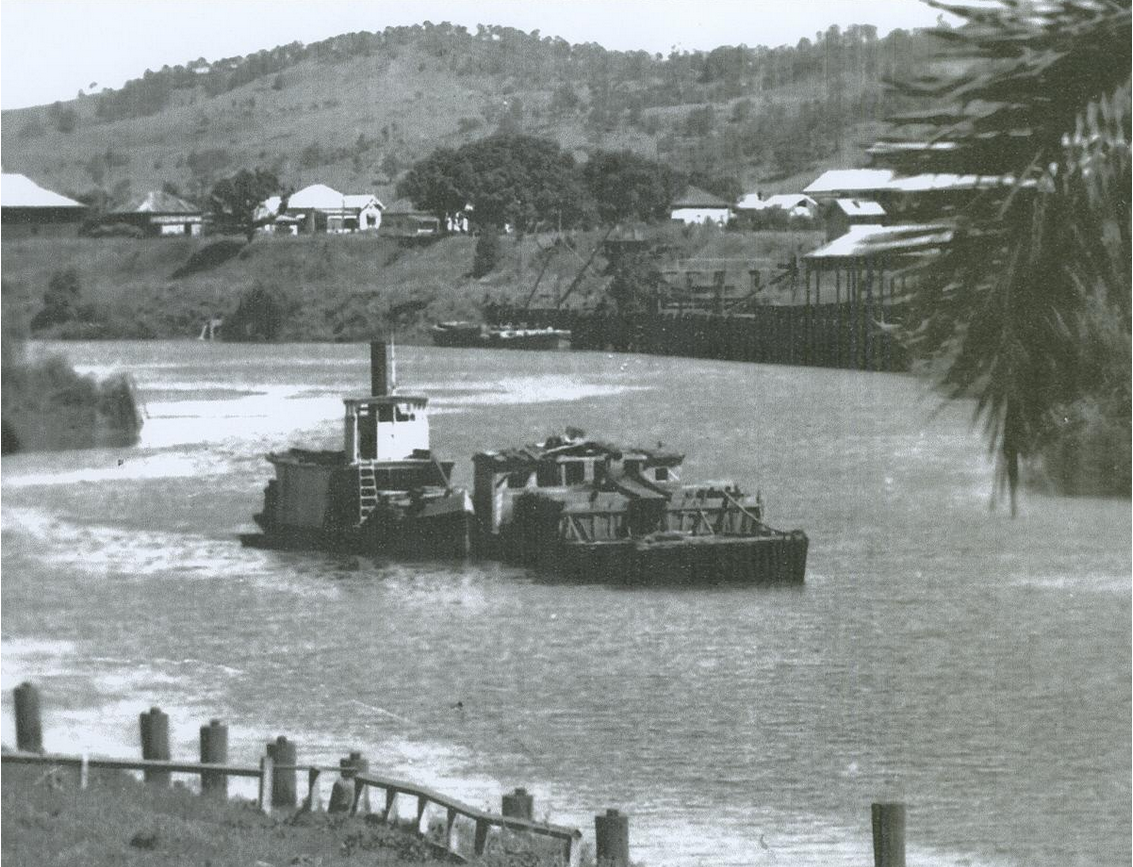 FLORRIE is a rare example of the early steam vessels trading on the Clarence and Richmond Rivers in NSW during the late 1800s. She has had a close association with the region’s development.

One of the oldest surviving timber craft in Australia, FLORRIE was launched in 1880 at Blackwell on Brisbane Waters NSW, near Sydney.

Built by Rock Davis, one of the most respected builders of the region, she is a rare example of a vessel built by him, showing his construction methods for that period.

Made of hardwood, locally sourced by the builder, the 20 meter long hull is carvel planked, a boat building method where full planks are laid edge to edge and fastened to a robust frame.

Built for Casino storekeeper, Frederick Crouch, and named after his daughter Florence, she operated as a cargo and passenger steamer on the Richmond River.

In 1882, heading back to Casino with a load of cargo and passengers, FLORRIE grounded on the bar at the North Creek and Richmond River junction. Crouch sold the damaged vessel to the Ballina pilot Captain Fenwick, who repaired it.

Fenwick operated FLORRIE for over 20 years as a passenger ferry before it passed from his estate to Charles Jacobsen in 1899, then later to Charles Dorrough in 1902. She remained a workhorse on the Richmond River, towing timber, before being used as a tug for sand punts.

The Ballina slipway was the last owner to operate FLORRIE. It replaced the steam engine with diesel and used her to tow. In 1974, severe Lismore floods caused FLORRIE to embark of one of her last journeys. She was to carry ‘hay, beer kegs and other vital necessities’ to help the community recover from this natural disaster.

FLORRIE was retired in 1975 and the diesel engine removed. Significant community concern was that the vessel could be dismantled or scuttled.

Several Ballina Municipal Councilors mounted a last minute rescue effort and FLORRIE was saved. She was lifted from the river and set to rest in a cradle on the Ballina riverbank.

In 2006, she was moved a short distance to a new shed so that she would be undercover and form a proud display for the Ballina Naval and Maritime Museum.

The original hull still exists, but the superstructure, the part emerging from the deck which underwent changes over the vessel’s operating life, has been removed.

The hull’s elegant slender lines remain evident, demonstrating a typical shape used for riverboats, designed to cause as little wash and wake as possible in order to reduce damage to riverbanks.

FLORRIE has remained a key reference point for the early history of the area. The Richmond River was a major trading route for northern NSW and for many vessels which once worked the rivers along the coast. She may be one of less than a handful to have survived.