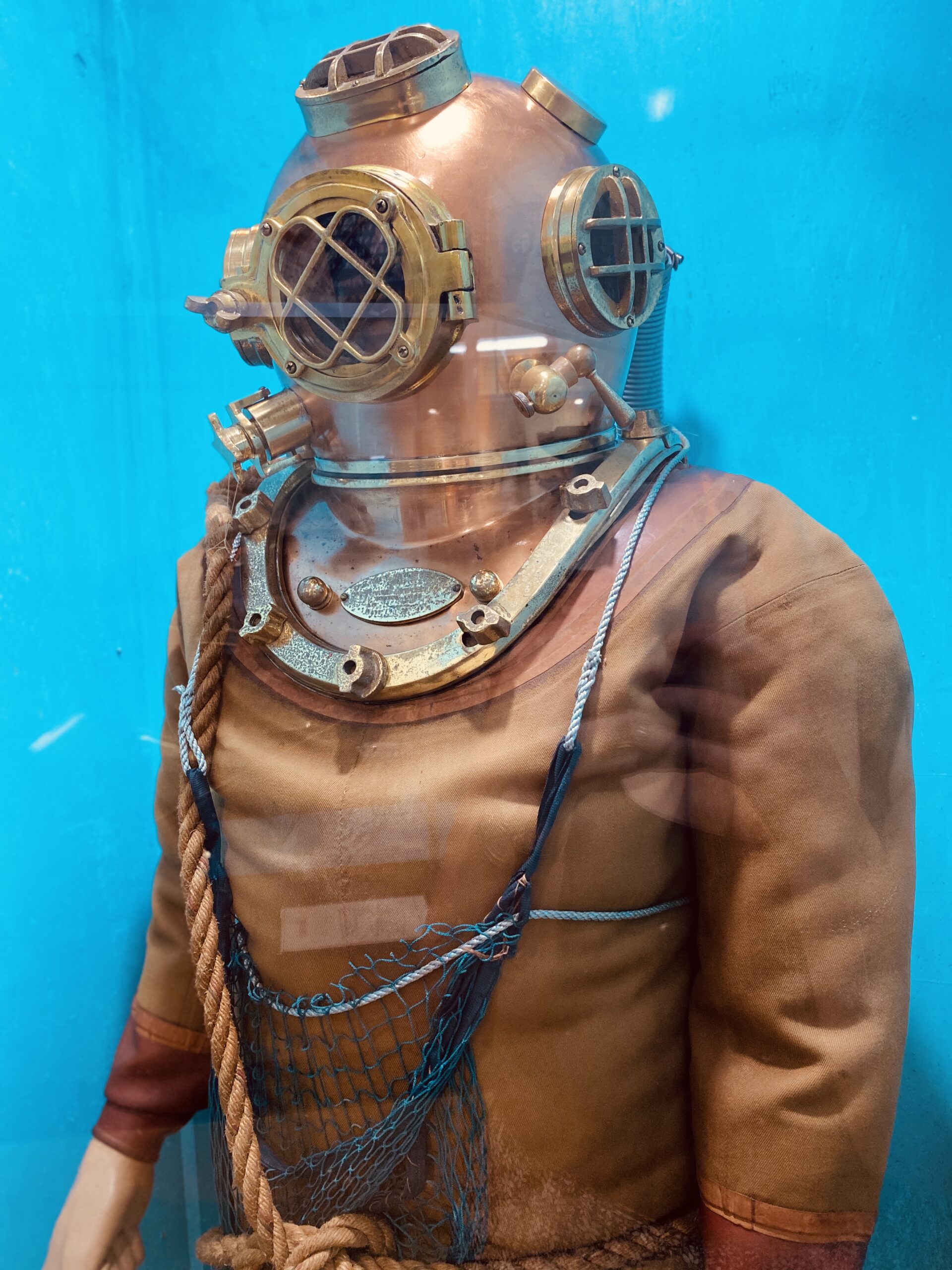 From the time of the ‘First Australian’s exploring and utilising the resources to be found under the
waves have been an important part of our maritime history.
While visiting the museum you will have the opportunity to learn about many aspects and uses of
diving in Australia’s history. From free diving to helmet and suit diving which was developed in 1837
to HOOKAH and SCUBA developed in the 1960s.
Follow the story of Pearl diving and the equipment used to harvest this undersea bounty including
diving suit and the equipment used in processing pearl shells.
Learn how to escape from a submarine using re-breather equipment.
Our exhibits on modern diving include examples of the equipment used in HOOKAH diving as well as
SCUBA Equipment.
Take the opportunity to learn about Australia’s first female scuba diver and follow the story of the
discovery of the WW2 Convoy vessel ‘LIMMERICK’ sunk off the coast of Ballina in 1943 and
rediscovered in 2013.
View the ship’s bell from the famous paddlewheel steam tug ‘SS PROTECTOR’ which was involved in
heroic rescues around the Port of Ballina before being sunk with the loss of all hands in on the
Ballina bar in July 1901. The bell was subsequently discovered at Lennox Head by local divers.